Applecross has a history going back to the Mesolithic era; a midden dating back some 8000 years was recently excavated near Sand. More recent history begins with St Maelrhuba establishing a monastery in Applecross around 670 AD, this early monastery was one of the first in Britain. Although the monastery has long since gone its site is occupied by Clachan Church on the shores of Applecross bay and the story of the monastery is told in the Applecross Heritage centre.
Today Applecross is a vibrant community made up of small townships scattered around the coast of the Applecross peninsula from Toscaig in the South to Cuaig in the North. At the heart of the peninsula lies Applecross itself with its famous Inn, a post office and general store and the superb Walled Garden restaurant. 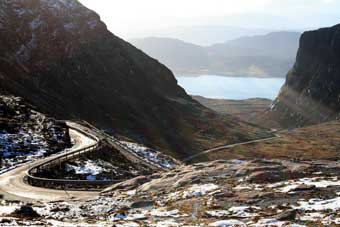 Applecross offers many activities for visitors, there are walks for all abilities, from simple strolls around Applecross bay or down to the beach at Sand to more rigorous walks along the old coastal path that was once the only means of moving from one township to another. For the dedicated walker Applecross is an excellent base from which to explore the imposing Torridon mountains, including Benn Eighe, or the Cuillins on Skye.

Birdwatching is a popular pastime in Applecross with the different seasons bringing many migrating birds to our shores such as eider ducks, divers and snipe. Buzzards are a year round sight and there is a buzzard that regularly visits the croft. There may even be a glimpse of a golden eagle soaring high above the rocky crags of the Applecross hills.

Wildlife is abundant in Applecross. The peninsula has a population of red deer that can often be seen in the early morning and late evening. Some of the UKs rarest mammals may be glimpsed here including pine martens and mountain hares. In the water otters and seals are often seen and whales are sometimes sighted in the Inner Sound.

Many people just come to Applecross to benefit from it's tranquility and take in the sights; the picturesque crofting townships clinging to the windswept shore against a backdrop of hill and sea. And when the sightseeing is over for the day there is an abundance of local produce to sample, from seafood direct from the fisherman, locally raised beef and lamb, venison from the hill and fresh vegetables from croft (depending on season). Either cook the ingredients yourself in Holly's house or sample them at the Inn or Walled Garden restaurant where local produce is always in use in season. 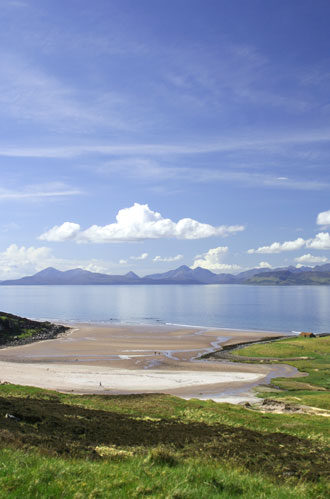